You want a large home theater. You want a place that’s suitable for the hours and hours of gaming you’re going to enjoy. You want something that’s going to offer a stellar visual experience.

There are pros and cons to each choice. There is no doubt that projector technology has improved drastically over the past few years. They are brighter, offer truer colors, and are easier to install than ever.

There have also been some amazing strides forward in TV technology. Televisions are larger, thinner, and lighter.

Thanks to 4K resolution with HDR, they are able to present an image that would have been deemed impossible just a few years ago. The purpose of this guide is to help you determine which technology is better for your home theater.

We are going to look at a couple of factors, including the image you see on the screen, the affordability of each technology, and sound. At the end, we will give you our pick for the best technology for your home theater.

There was a time when there was a huge gap between the largest size television you could purchase and the average projector screen. The gap still exists, but televisions have gone a long way in closing the gap. You can now purchase a television as large as 85 inches for somewhere around $4,000. 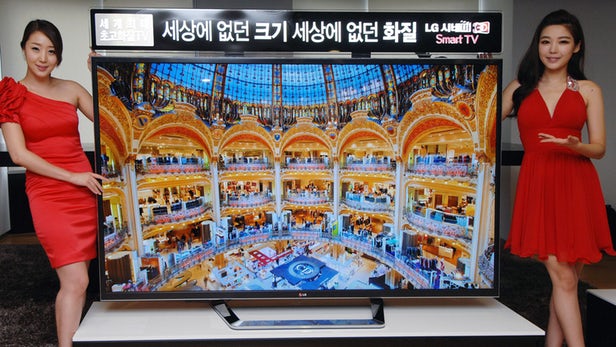 However, you can find an affordable 4k projector for gaming for half that price. And, with a projector, the screen size is going to be somewhere between 100 and 120 inches or larger.

The projector is going to give you awesome color reproduction and solid brightness. Sure, televisions are getting larger, and 4k gaming TVs are awesome, but when you look at what you get for the price and you look at the huge size difference that still exists, for our money, a projector is your best bet.

There’s nothing like playing Call of Duty on a 120 inch screen.

You want your projector to be bright. If not, the contrast you see on the screen will be determined by how much ambient light there is in the room.

If you have a weaker projector, just a touch of ambient light is enough to make the image from the projector dull.

For around $2,000, you will be able to find a projector that produces up to 3000 lm. That’s pretty bright. However, you have to remember that once the light is reflected back to your eyes, that number is a lot lower.

Let’s compare that with the LED television. If you spend $2,000, you will be able to get an LED television that has a much higher luminance than any projector.

Truth be told, you’re going to need to spend a lot of money not only on your projector but also on the screen if you’re going to get anything that comes anywhere close to what you get from an inexpensive LED.

Another challenge is that the bulb of your projector is going to burn out eventually. It’s expensive to replace. 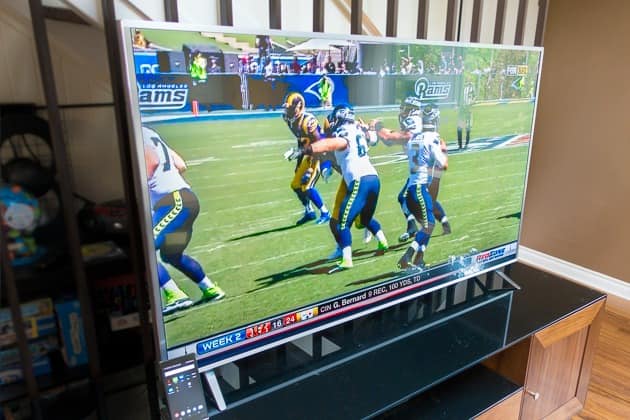 If you are in a dark room, it is enjoyable to watch a projector screen. In fact, it can be a lot more enjoyable than having the harsh light that comes from a large screen television.

This is why when you go to movie theaters, you’re able to sit and watch that large screen without having strain on your eyes.

All that being said, when you factor in price, durability, and ease-of-use, we would have to say that in the brightness category, a television is going to be your best bet.

You can find an inexpensive projector that is going to give you good color quality. There are different models of projectors, including LCD, DLP, or LCOS, each of which will provide you good color at a decent price.

On the flip side, you have televisions that require more effort to produce higher quality.

That is why you will easily spend more money on a 4K television than you will on a projector that offers similar quality.

If you purchase a high-end 4K TV, you are going to have access to a wider color gamut than you will from your average projector.

However, projector technology is very close. With the advent of HDR projectors, we are seeing a greater improvement in color accuracy and quality.

If you were just doing a side-by-side comparison where you simply looked at the price of the television or projector and compared that with the output, televisions would seem to be the best bet.

However, we are talking about creating a home theater. It’s likely that you have already invested in things like a light controlled projector room.

If that is the case, you’re going to be able to get a higher quality and larger image with a less expensive projector than you will be able to get with a comparably priced television.

But not even the best home theater projector can compare when it comes to color accuracy, so our bet is on the television.

At first glance, you would think that the television was the best choice because televisions have speakers and many of them are decent. Sure, your projector will also include speakers. But they are usually small.

You’re going to be installing external speakers, sound bars, subwoofers, etc. You will let your television or your projector handle the video, and your sound system will shake the room with sound.

In this category, we would have to say it is a draw.

When we add up the points, for us the projector is the clear winner. It will allow you to take your gaming to the next level.

A television is little bit easier to set up and can be used in any type of lighting. However, when it comes to building a true home theater, nothing delivers the cinematic experience like using a projector.

It will take a little planning and may take a little extra work, but if you use a projector, you’re going to have a performance experience that’s going to make you a source of envy for all of your friends for years to come.