Two of the best 4K projectors today happen to be the Optoma UHD50 and UHD60.

Both producing amazing images and sharing most of the same features, it’s easy to wonder which is better.

We will be answering that here by helping you understand each projector, their differences, and strengths and weaknesses.

We made this even easier for you by putting their strengths and weaknesses into five categories - Image Quality, 4K, Build, Fan Noise, and Overall Usage and Value. This will help to tell you which projector is the better of the two.

Using your answers to these questions, we can help you decide which one is the best 4k projector for you.

But before we get into the specifics, let's look at their specifications and features to see how the two differ. 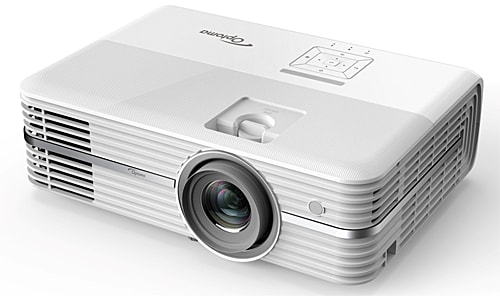 A great 4K UHD projector with 2,400 lumens and a 500,000:1 Dynamic Black Contrast Ratio, the UHD50 is a great projector with amazing colors and UltraDetail.

With a shorter throw than the UHD60, the UHD50 can be used in smaller rooms with just as great resolution.

If you have a smaller room, you may want to consider the UHD50. Also, we made a list of best short throw projectors, so if that's what you aim for, you should check it out. 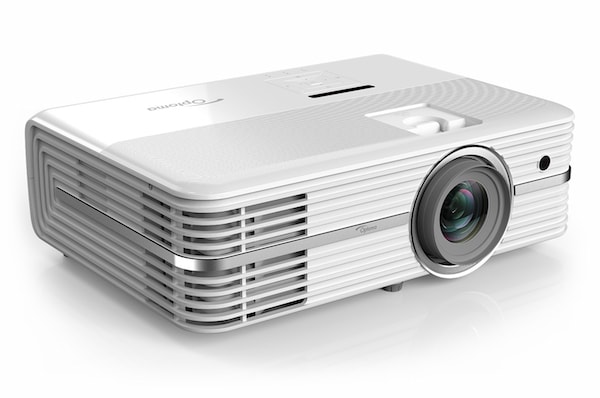 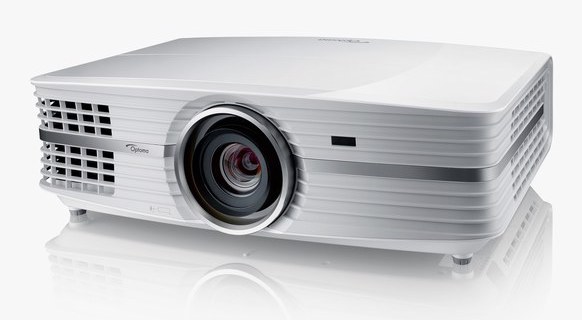 The UHD50 and UHD60 share most of the same features and are both Optoma products and they're both one of the best DLP projectors.

If you’re looking for a projector with the better image quality, then you only to need to look at the UHD50 and UHD60’s specifications to see which is greater.

While the UHD50 has 2,400 lumens of brightness, the UHD60 has 3,000, delivering a brighter and sharper image to your screen.

With double the amount, the UHD60 produces blacker blacks and whiter whites. Your images will thus be clearer and have better quality with the UHD60.

So, if you want a better image quality, you’re going to want the UHD60. With higher brightness and better contrast, the UHD60 produces sharper, brighter, and, overall, better images. 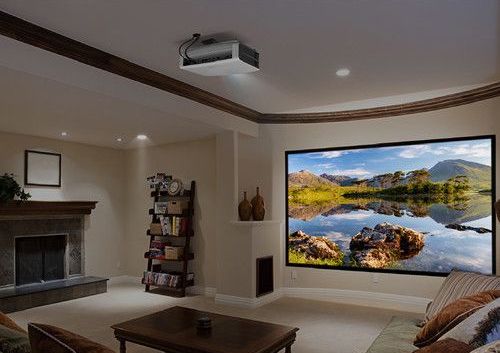 The UHD50 and UHD60 use Enhanced 4K and True 4K respectively.

Because of this lesser shifting and an obviously different pixel structure, the picture looks better on True 4K projectors.

Since the UHD60 is a True 4K projector, this would imply that the UHD60 has better 4K quality than the UHD50. While this is true, you could only truly tell the difference from up very close.

A projector’s size and weight means a lot - especially when it comes to mounting and portability. In this section we will explain to you which one is the best portable projector out of these two.

While the UHD50 is big, the UHD60 is 4.25 lbs heavier and is larger than it in every dimension. One of the main complaints about the UHD60 is its size and weight, making it harder to mount, carry around, and just handle altogether.

This makes the UHD50 the better option of the two here.

The UHD50 has had few complaints about its build, most of them being rare and inconsistent. This is quite different from the UHD60.

The UHD60’s build is plastic, heavy, massive, and, pardon my language, crappy.

Some people worry about dropping the UHD60, damaging it, or if it is even worth it to spend money on it. Having a massive, expensive, and bad build pushes some potential buyers away.

This is something that you need to consider. Spending a hunk of money on a projector that is vulnerable, expensive, has a cheap build, and is hard to mount and handle, may be a bad decision for some.

That is why the UHD50 has the better build of the two - giving it more reliability than the UHD60.

Both the UHD50 and UHD60 have malfunctions.

The UHD50 has the infamous light border - a border of light around the image that doesn’t harm the image, but is annoying. This is a pretty common problem and is something to be wary of.

The UHD60 has a common HDMI port malfunction problem. HDMI ports are essential to projectors, and having a port that doesn’t work can make you feel like you’ve wasted a lot of money.

While the light border is a sizeable problem, you’ve lost a lot of the projector’s potential capabilities if your HDMI ports don’t work. That’s why, once again, the UHD50 is the better option for build.

If you want a more reliable, sturdier, and not as cheaply looking build, even though its picture may have a light border, then you’re going to want the UHD50.

There have been minimal complaints about the UHD60’s fan noise, but this is quite different for the UHD50.

The UHD50 HAS a loud and obnoxious fan noise that people really do not enjoy. If you want a quiet projector, the better option of the two is the UHD60.

Now that you see how the UHD50 and UHD60 differ, it’s possible that you’re still wondering which is better. Let’s clear that up for you here. 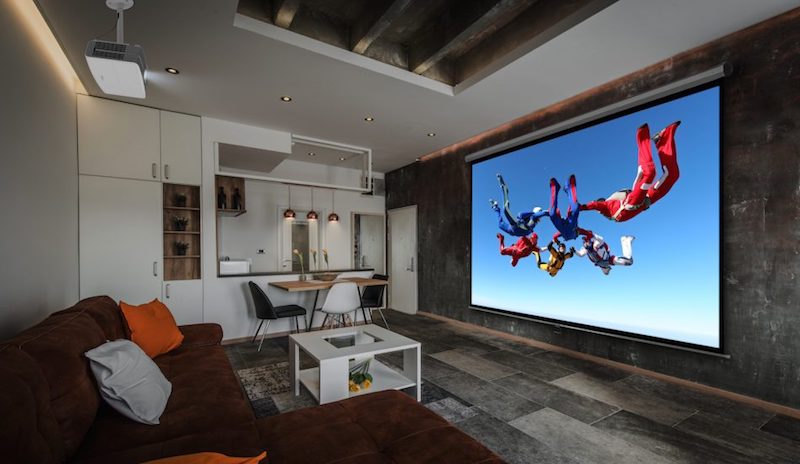 The UHD50 has a shorter throw and better overall build than the UHD60. While being cheaper than the UHD60, the UHD50 is a great 4K option with amazing picture performance.

If you have a smaller room, prefer a more reliable build, or want to save on money and receive nearly the same 4K quality, then the UHD50 is perfect for you.

The UHD60 is quieter than the UHD50, has generally better 4K, higher brightness, and a higher the contrast ratio. While more expensive, this projector produces the better overall picture.

If you rather a quieter projector with a better image and you can put up with its massive, cheap build, then you’re going to want the UHD60.

So which is better, the UHD50 or UHD60? Well, in the end, it’s up to your preferences. Whether you prefer a cheaper projector with a better build and nearly just as good 4K, or a quieter projector with better image quality, and slightly better 4K, is up to you.

Though they are both great, we suggest choosing the UHD60. Not only is it one of the best projectors out there today, despite its build and HDMI malfunctions, it is quiet and has amazing image quality with high brightness and a large contrast ratio.