Optoma has a history of putting out one of the best home theater projectors, and the HD141X and HD26 are just two examples of them.

With great quality images, multiple modes (meaning they can also be used as gaming projectors), integrated speakers, and very little differences, there is a lingering question about which projector is better.

We will be considering that here by helping you understand the specifications and features of each projector, how they differ, and where one is better than the other.

We made it even easier for you by putting their strengths and weaknesses into five categories - Image, Lamp Life, Fan Noise, Surroun​d Sound Connection, and Overall Usage and Value - to tell you which is the better option of the two.

Your answers to these questions will help you decide which projector is best for you. Before getting into the specifics, we need to take a look at the HD142X and HD26’s specifications and features to properly determine which is better. 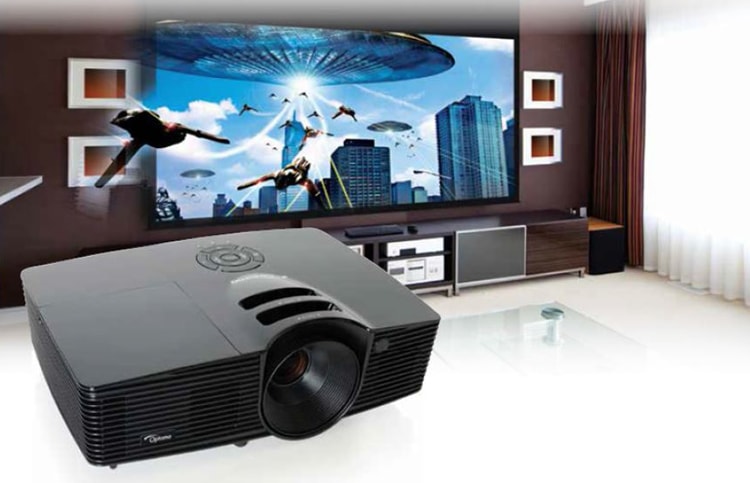 While its speakers aren’t very good, they sound a tiny bit crisper than the HD26’s due to the HD141X’s different design giving it longer vents. 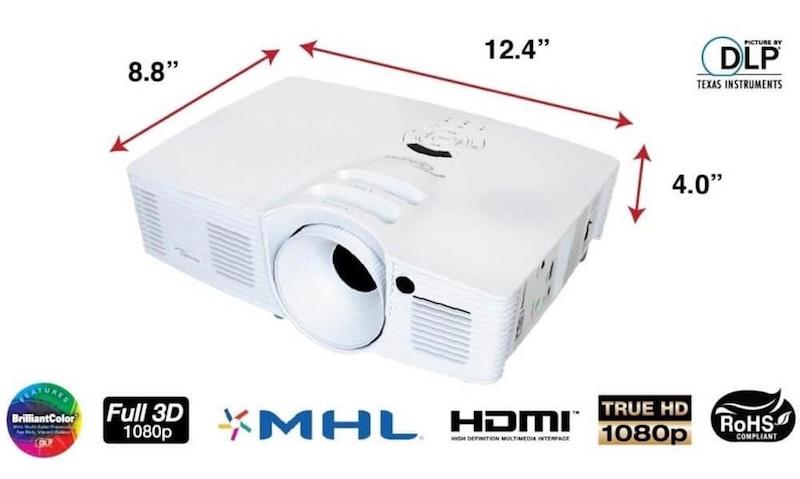 The HD26 has the same exact features and specifications as the HD141X except it has greater image brightness and contrast.

If not for its design and slightly better specs, it would seemingly be the same.

There are many similarities between the HD26 and HD141X.

When it comes to specifications, they are the same size and weight, have the same lamp life, and same resolution. Both of them are also considered one of the best 1080p projectors.

For features, they both have the same gaming compatibilities with 24 fps and a gaming mode.

They also have Full 3D, 10W speakers, no lens shift, and are one of the best portable projectors due to their sizes.

Both projectors project the same size images, maxing at 300 inches and reaching 107 inches at 12 feet away, but there is a small difference from 8 feet away.

So, while this is a small win, the HD26 can project a slightly bigger image from shorter away - which is more beneficial if you have a smaller room.

Having a small room won't be a problem since we made a list of best short throw projectors, so if that's the case with you, you should check it out. 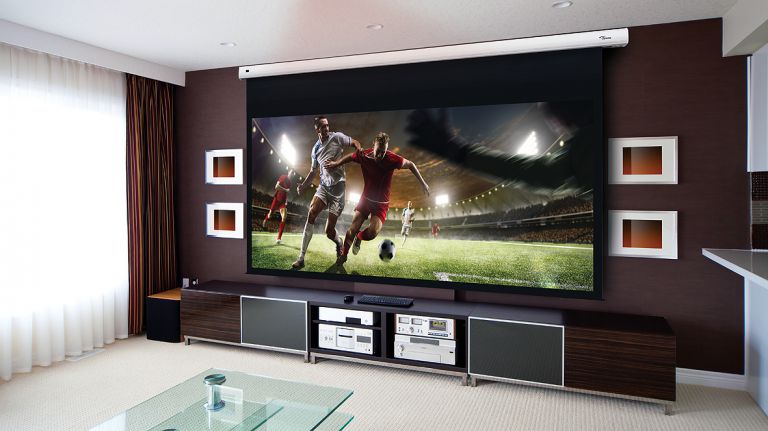 When it comes to lumens, the HD26 has 3,200 while the HD141X has 3,000. Though you can barely tell the difference with only a 200 lumen difference, this still makes the HD26 slightly sharper.

This makes for a better looking image from the HD26 than the HD141X.

If you want the projector the produces better images and/or you have a smaller room and you need a better image size, then consider the HD26. 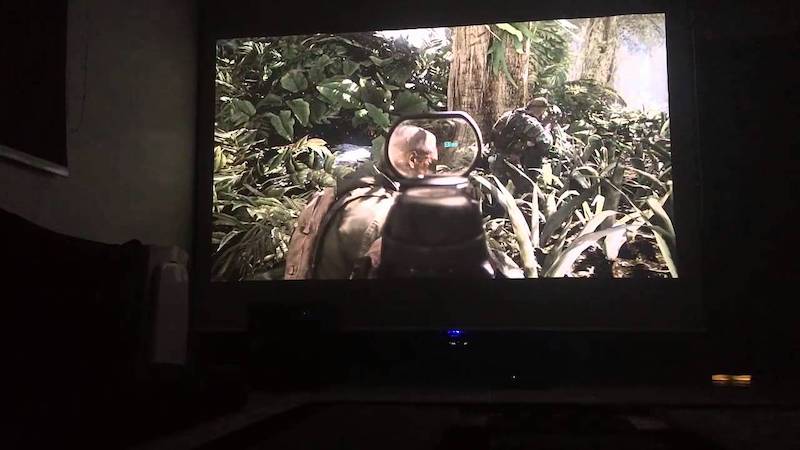 Though they have the same lamp life, there have been many problems with the HD26. The HD26 receives many complaints about its lamp dying out much earlier than expected, and the projector itself dying.

Though this does not happen to everyone, it is a defect that seems more common than it should be.

Because of this, and the lack of complaints in the HD141X’s area, the HD141X stands as the better option for lamp life for the time being until the defect is fixed.

Fan noise is a common complaint for both the HD141X and the HD26.

The views on the HD26’s fan seems to depend on the person rather than the projector itself.

To most, the HD26’s fan noise isn’t bad and has been said to be easily toned out. There is definitely a noise, but its severity differs to many.

This is quite different for the HD141X which has an irritating fan noise all around. Though it can be drowned out with a surround system, many people dislike the sound it makes.

This being said, the HD26 is most likely the projector you’d want since it has lesser fan noise. But, since this also depends on the person, this is even up to debate.

While they have the same amount of decibels, the sound from the HD141X is actually better than the HD26, especially once equipped to surround sound.

The HD141X’s sound output after it is connected to a surround sound system has been compared to those that you would hear when you are in the theaters.

Though the sound from the HD141X itself is actually not that good, and its high fan noise only adds to the bad sound, connecting it to a surround sound system masks the fan noise, and you can simply mute the projector. 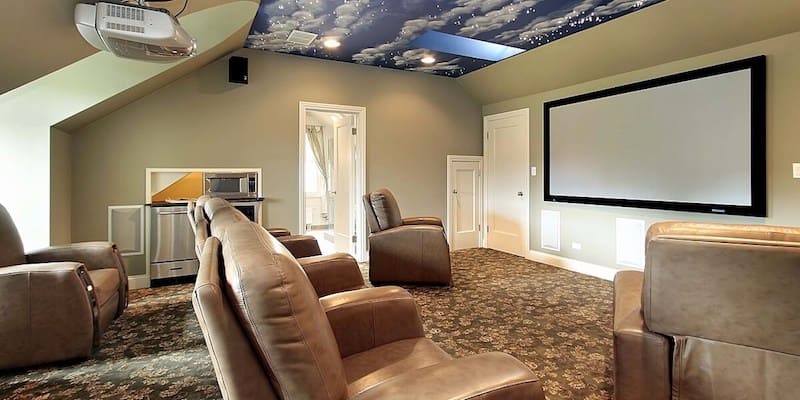 Though there have been no complaints about this for the HD26, this compatibility and sound output with surround sound systems is highly regaled in the HD141X.

If you’re interested in hearing the HD141X for yourself (and seeing it in action) here’s a video with it connected to a 7.1 sound system:

Disregarding Amazon’s price, the HD26 and HD141X are generally around the retail same price of $699, though a used HD141X can be found cheaper than a used HD26.

Now that you see how the two differ, you may still be wondering which is better for you. Let’s try to clear that up for you.

With a better sound when connected to surround sound and a much more reliable lamp life and life in general, the Optoma HD141X produces great images and is a good projector.

But this projector falters with an annoying fan noise and not producing pictures as great as the HD26.

A cheaper used option, and the same size with most of the same features, the HD141X is seemingly just as good as the HD26.

Though it mostly shares the same features as the HD141X and it almost seems like the same projector, the HD26 beats out the HD141X in significant areas, and falters when it comes to sound and having a reliable lamp life.

If you were to get this projector, like any other, make sure to get a warranty.

So, when comparing the HD141X and the HD26, which is better? As with anything else, this is up to your preferences and what you like.

Whether you rather better reliability at the cost of image, or a better and larger image in a smaller room, this is all up to you.

Regardless of both of their advantages, we suggest choosing the HD26 because it projects better pictures, its lamp life problem doesn’t happen to the majority of people, it’s slightly better for smaller rooms, it has the same features as the HD141X, and time has made them around the same price.