What Is an LCD Projector? Guide to LCD/3LCD

LCD technology has been used for a number of decades. LCD is an abbreviation for the Liquid Crystal Display.

You will see LCD technology in panel displays, consumer electronic devices, electronic instruments, as well as in some digital signs. Most people are familiar with the term LCD because of the television that they own.

In addition to being used in televisions, LCD technology is used in a number of the video projectors that are on the market. In your television, there are a number of LCD chips that are used to display the image.

Depending on the resolution of your television, there can be millions of LCD chips used, each one representing one pixel.

However, an LCD projector will only use three LCD chips. These LCD chips have been specifically crafted to create the images that are projected onto a large external screen.

The LCD chips have a combined number of pixels that relate to the display resolution of the projector. There are some exceptions to this.

For example, some projectors are able to mimic 4K resolution using a technology referred to as pixel shifting.

This allows for the creation of a 4K-like image even though the number of pixels that are projected are not what would usually be required for a true 4K image. For more info read our guide to 4k projectors.

Instead, with this technology, there is a lamp that’s used as a light source. The lamp projects white light into a 3-Dichroic Mirror assembly.

This breaks the white light in to red, green, and blue beams of light. The separated beams of light pass through the LCD chip assembly.

Each of the chips in the assembly has been designed to work with one of the three primary colors.

The vast majority of 3LCD projectors are going to use a lamp as their light source. A few may use a laser as the light source.

3LCD technology is the technology you will most commonly see with LCD projectors. You may also see DLP technology. In addition to these, there are some variants that are based on LCD.

Some popular examples include: 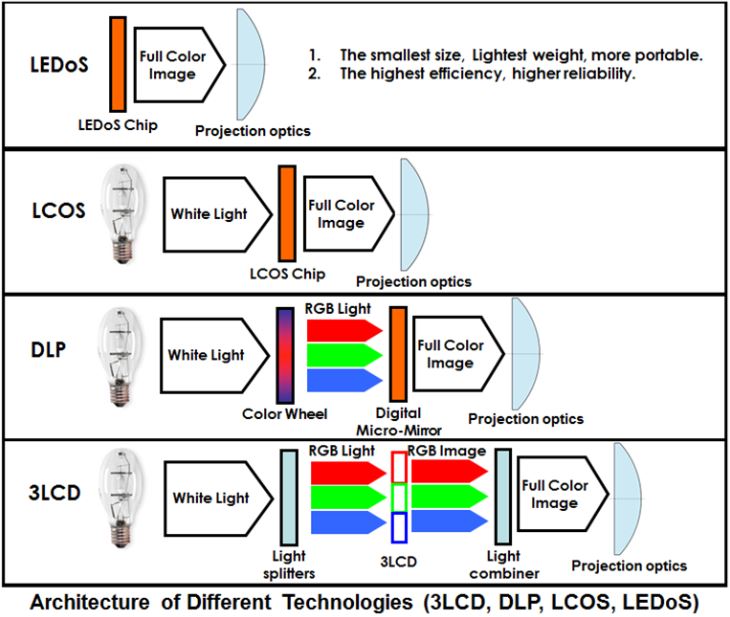 The main difference you are going to see when you look at all three technologies is that instead of having the light travel through the LCD chips as you see with 3LCD technology, the light bounces off of the surface of the chips to create the images you see.

All of these technologies work using similar light sources, be it a lamp or laser.

Why Is LCD Technology so Popular?

One of the reasons LCD technology is so popular is because it has the capability to produce stellar black levels and vibrant colors. When you look at an LCD projector, you can see that the white color output and the color light output are the same.

This is not something you’re going to see in a DLP projector, especially if the projector uses a color wheel. This is why most HD projectors utilizes this form of technology. 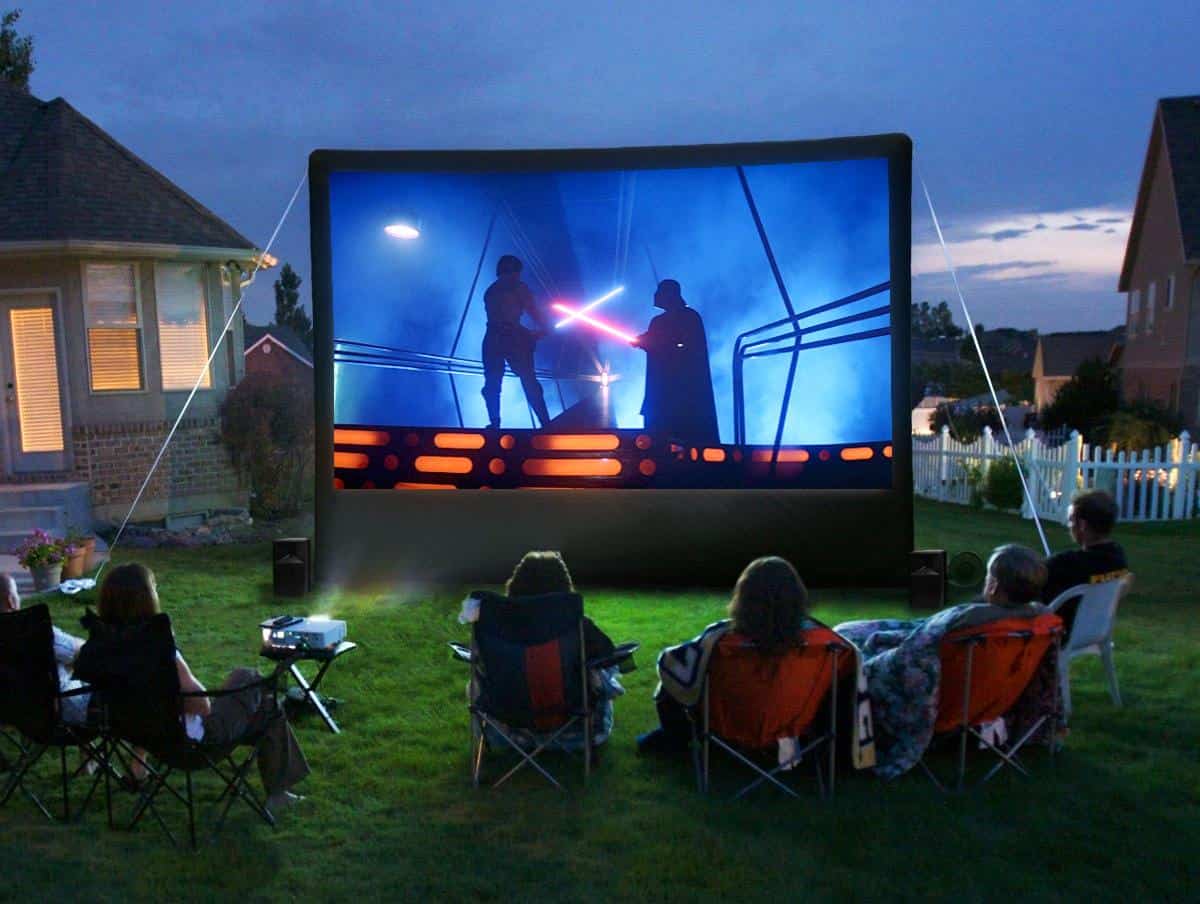 Of course, there are some DLP projectors that do not have the color wheel technology. These ones are able to give the same level of white light and color light output.

There are some downsides that come from using LCD technology. For example, the screen is made up of a bunch of individual pixels.

Depending on how large you amplify the image, the pixels may be visible on the wall or screen. So it feels like you are looking at the final image through a screen door.

The reason why you see the black lines around each pixel is because the pixels are physically separated from each other using non-lit borders that appear to be black. The larger you increase the projected image, the more visible the pixel borders will become.

There are a lot of technologies that are available to minimize this screen door look. However, it can never be completely eliminated.

The higher the resolution, the less visible this pixelation is. For example, if you are using a 1080p projector or higher, the pixelation effect becomes visible.

There are so many pixels, the pixels are smaller, and the borders are thinner. The only way that you’re going to be able to see this screen door effect is if you are really close to the projected image or if the image is projected very large.

Another challenge that you might face, although this is uncommon, is pixel burnout, or to be more precise - dead pixels. This happens because one of the pixels on one of the chips becomes damaged. So you get an annoying black dot or a white dot on the screen.

Unfortunately, individual pixels cannot be repaired. If the problem gets worse and multiple pixels burnout, then you will need to replace the chip.

An LCD projector will work good for a home cinema, projecting images during a business meeting, as a teaching tool in an education center. It's also good as a projector for gaming.

Do you have an LCD projector? How do you feel about it? Would you recommend it to others? Let us know what you think in the comments section below.