Warm summer nights call for some fun outside the house. One of the many ways to enjoy the outdoors is setting up an outdoor theater in your backyard.

You can either purchase or rent outdoor movie equipment. Use an inflatable screen or project a movie on a large outdoor fabric or use a big white wall.

Moreover, they are easy to set up and store. Create a chic look by putting a colorful pillow on each chair or bench to make your viewers comfy.

If you’re going to do the whole Netflix and chill thing, make sure you look for a VPN that allows access in multiple countries.

You can lay a rug and throw some large cushions on the floor. Cook up some exciting flavors of popcorn and keep some candy for children.

Offer beverages and fizzy drinks or rent a soda machine to entertain your guests. You can also rent out a galvanized metal bucket and fill it with ice and bottled sodas.

Home-made slushies can also be turned into yummy cocktails for adults. As your backyard will become dark as the movie starts, you can light up your pathway to navigate the viewers who may find it hard to make their way to the snacks area for refills.

You can use jars with candles inside, rope lights or globe lights for this purpose. For spreading the word about your upcoming movie night, send emails or mobile messages to your friends or neighbors.

For a bigger screening, you can create an online poll that lets them vote for their favorite movie out of a selection of your choices. You can later announce the winner and set a date that suits the audience and their children.

A little planning ahead guarantees a relaxed and enjoyable movie night for sure!

For more info on picking the best outdoor setup, please check our guides:

Looking for some cool movies that everyone can enjoy? Here are some really cool movies to keep everyone thrilled throughout the night.

Sing Street has a lot of twists and turns. Don’t mistake it for pop sensationalism at first glimpse. Sing Street intends to please large crowds and overload tear ducts.

It’s a movie about a teenager living in Dublin’s inner city. The year is 1985, and as he moves to a new school, he forms a band to impress the girl he falls in love with.

The background of the story and the storyline gives you the ultimate 80s feel as you will be delightfully amused. The film doesn’t have a dull moment and will not let you down.

This offhandedly stunning sci-fi movie fantasizes our immediate future, on the eve of an imaginary revolution where augmented-reality screens will substitute the smartphone.

Creative Control is a memorable and cautionary story with a twist. It forces us to look deep inside and decide whether the search for technology and luxuries are nothing but tricky slopes to escape.

A graphic scenery with an ironic sense of humor, Creative Control probes where our current direction is taking us.

Subtle computer-graphic enhancements in the movie complement the spectacular storyline and impressive acting skills from all the actors. Your guests will love it and will probably ask for an encore.

The Witch offers everything horror flicks of our times miss. The movie is set in a 17th-century farm in New England.

The chilling and misty mood of the movie is perfect for your backyard movie adventure. The account of a Puritanical family and the question of whether devil worshipping is nothing but pure black magic keeps the audience on their toes as the character begs God for answers.

The Witch contains old English dialogue and the nail-biting trials of early American life. But the movie is sure to keep you restless and haunted for days with its fast-paced drama.

A sixty+ female with a hippy-dippy appearance is the main character of the writer-director Trey Edward Shults’ mini-masterpiece. It exudes instability from the moment we lay our eyes on her this woman.

A first time director, Shults, shot the flick in his mother’s home and cast his own family in the central roles. Everything’s on the table, at Thanksgiving dinner.

With slowly boiled discussions and the turkey, Krisha stages these representative festivities with the rage of battling gods. Fairchild, with her eponymous character, an alienated aunt undergoing addiction, delivers a soul-shattering performance.

Shults’ camera pans through the suburban colonial landscape, and a wicked soundtrack keeps the anxiety at a steady boil. Krisha is downright disturbing and throws light on how some of our closest people slip away in ordinary situations.

For a gentle, sweet and nostalgic family flick, The Peanuts Movie is a comedy that pays heritage to the much-loved comic strip and our beloved TV specials by offering great messages about being yourself.

Grossing $246 million worldwide, the movie is loved by Charlie Brown fans all over the world and was nominated for the Golden Globe Award for Best Animated Feature Film.

This 3D computer-animated comedy-drama from Pixar Animation Studios and released by Walt Disney is a masterpiece.

An endlessly engaging and a heartfelt adventure with strong themes of acceptance and companionship, it helps both parents and kids to identify with powerful emotions and the highs and lows of growing up.

Finding Dory is the sequel to the 2003 box office hit Finding Nemo that ended up grossing $900 million. While the former revolved around the themes of collaboration and cooperation, Finding Dory is more about self-reliance.

In Finding Nemo, Marlin learned to let go of his growing offspring, but in the sequel, Dory strives hard to hang on tight to her own family, while she also manages to break out of her anxiety spirals by believing in her courage.

This is a great movie to watch if you have a lot of kids in the audience.

Marvel Studios presents a film with all of your favorite characters in one when the Avengers and their allies join forces to stop the powerful Thanos from destroying the universe. The faith of the universe is in their hands.

Alice is off to help the Mad Hatter slay the Jabberwocky in order to restore the White Queen to her throne in this dark fantasy feature adventure film. Will the Red Queen and her patrons stop her?

Take a journey through the mind’s subconscious in this science sci-fi thriller. One professional thief attempts to redeem himself and eraser his criminal history by assisting a corporate team.

His mission, you ask? To plan another person’s idea in the mind of a high-profile target.

In life, there are winners, and there are losers. Cruise across the country in a VW van with this hopeful family in attempts to get their spunky daughter to the finals to win the final beauty pageant.

A horrible shape-shifting monster preys on the lives of children in the form of a clown in a small town. A group of children, who are brought together due to tragic events, fight to defeat It once and for all.

This thrilling tale will have you checking under your bed and closet awhile. 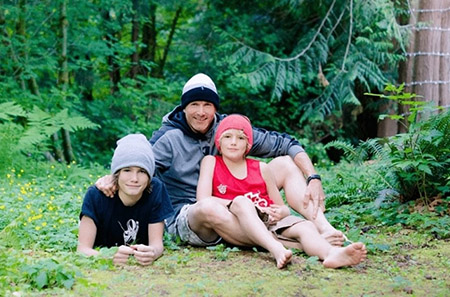