The Excelvan M5 is an inexpensive projector that has a native resolution of 720P. Since it uses cheap LCD projection technology, it does not have the same resolution or the same feel that you’re going to get from a 720P DLP projector. However, as you are going to see from our review, this cheaper projector does have its benefits. It is perfect if you are looking for something that you can use in your office or if you are curious about whether or not a projector is right for home use and you do not want to spend a ton of money.

Overall a big fan of this unit for home theaters or as a high end projector in the under 200 range.

Learn more about the Excelvan CL720D model from our review.

When you look at the Excelvan M5 from the front, you’ll see that on the left there is the projector lens. In the center, there is a metal mesh that is used as a vent to allow sound from the internal speakers to flow out.

On the top of the machine, you will see a ring for focus and a ring for keystone correction. These are located just behind the lens. You will also see a keypad that includes direction, okay, source, power, menu, and the return button. 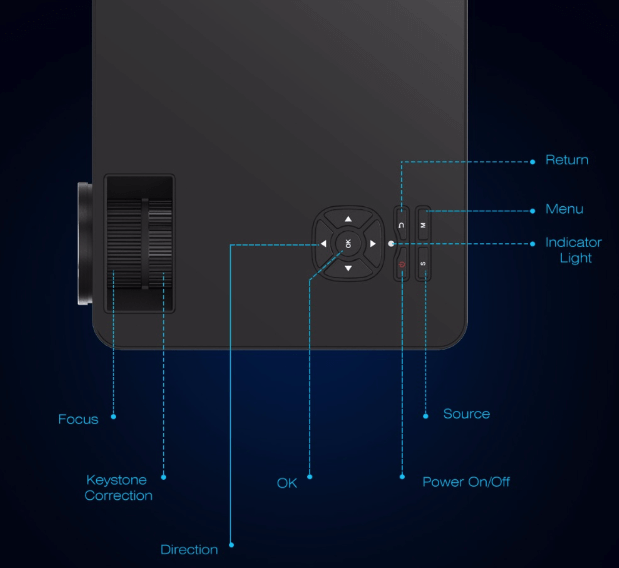 On both the front and the back sides of the projector, you are going to see IR sensors. There are also a number of vents that have been situated around the machine to release the internal heat produced by the machine.

The M5 projector comes equipped with an LED light source designed to function for 20,000 hours. This means that if you use the projector an average of five hours a day, it could have a maximum working life of up to 11 years.

The M5 has two fans inside the hardware. These fans can be a little bit noisy. We have measured the maximum noise produced by the fans at 54 dB. The projector is designed to have an operating temperature of between 5°C and 35°C.

The M5 has two HDMI ports and two USB ports. There is a port for video as well as input and output for audio. You can use the PCB connector to connect a PC with the M5 projector. 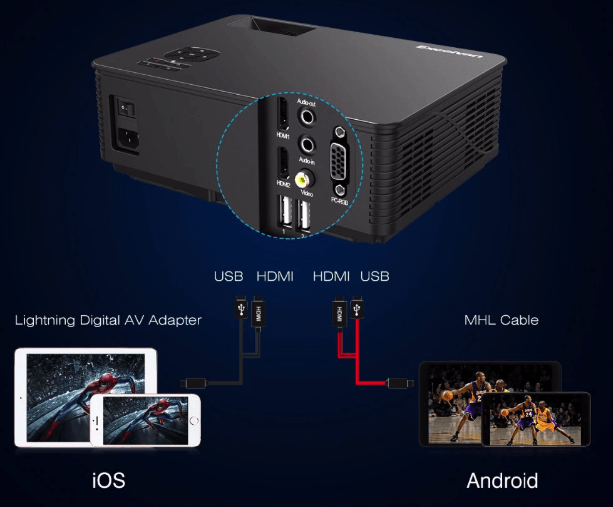 This projector has been rated at a maximum brightness of 220 ANSI lumens or 3500 lm. This projector will work in a room that has ambient light, but as with all projectors, it will work better if it is used in a dark location. 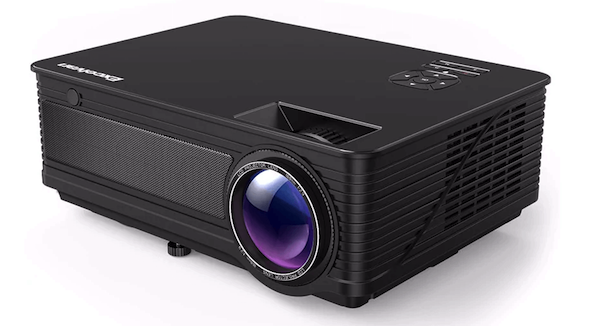 The M5 supports 1.6 million true colors. It has the ability to produce original colors. It produces a picture that is 30 percent brighter than comparable projectors. The projector can maintain color temperatures in a range of 7500- 8500 K. 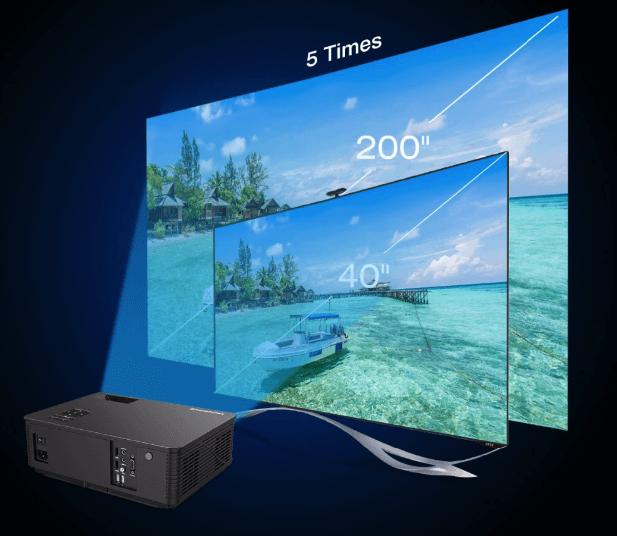 The M5 projects a display screen that has a maximum of 200 inches. It has a native resolution of WXGA 1280 x 768 pixels. However, it has the ability to display a maximum resolution of WUXGA 12 80 x 768, in other words full 1080P projection. 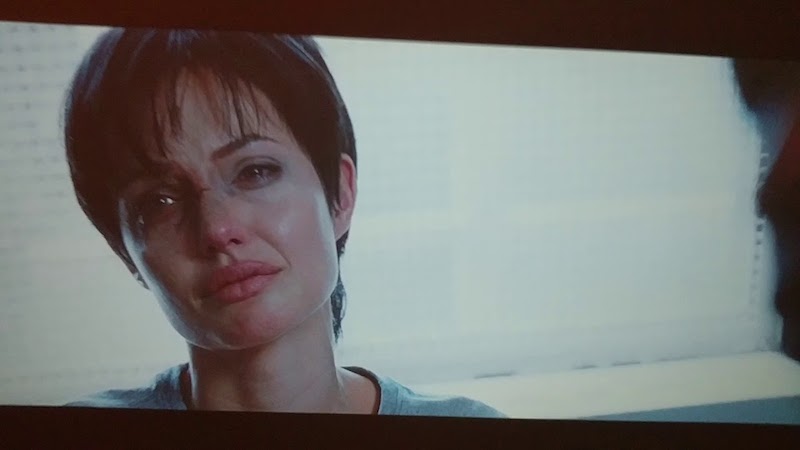 The M5 has a contrast ratio of 2000:1. It has a display aspect ratio of 16:9. The M5 uses LCD technology. It is able to produce an output that is similar to what you would see on an LCD TV. 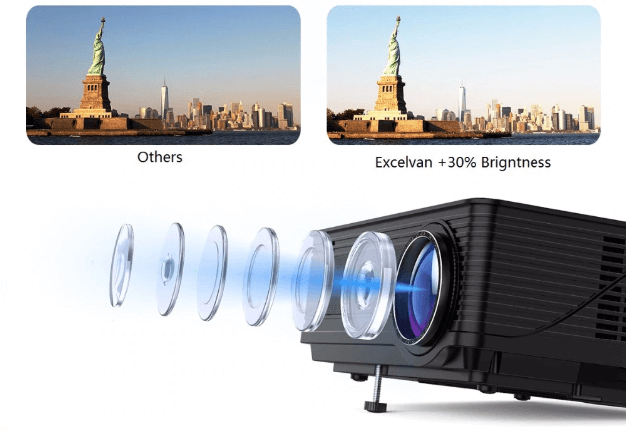 As a budget projector, the M5 does not come with a ton of additional features. It does come equipped with two 2W speakers that allow you to use the device as a standalone sound system. However, the quality of sound the projector produces is not great, so we would not recommend using it for this purpose.

The Excelvan M5 is a sturdy and well-designed LED projector. It can be used to project to the front or the back of a screen. The projector can be set on top of a table or mounted from the ceiling. It has a nice remote that’s easy to use and can be operated with just one hand. The projector has good performance, it’s portable, and it’s easy to operate.