Which one is better, DLP or LCD?

Depending on who you ask, you will likely get different answers. If we were to break down our answer to its simplest form, we would say LCD projectors have a sharper image and offer a higher quality picture.

DLP projectors are light, portable, and have a better reputation for reliability. Of course, this is just a surface explanation.

As with most comparisons, the true answer is more nuanced.

While we won’t have enough time to break down all of the differences between these two technologies, would like to point out some of the pros and cons of each.

What Are DLP and LCD?

You will hear the terms DLP and LCD thrown around a lot as you search for your new projector. But what do these terms mean?

LCD stands for Liquid Crystal Display. With this technology, light is sent from a lamp through a prism in order to display images.

With DLP, there is a single chip that has a reflective service with thousands of little mirrors. These little mirrors coordinate together with the lamp to reflect the selected image on the surface.

With LCD technology, the light is projected into the chip, split in to the primary colors, red, green, and blue, travels through a prism, passes through the lens, and then is projected on the screen. 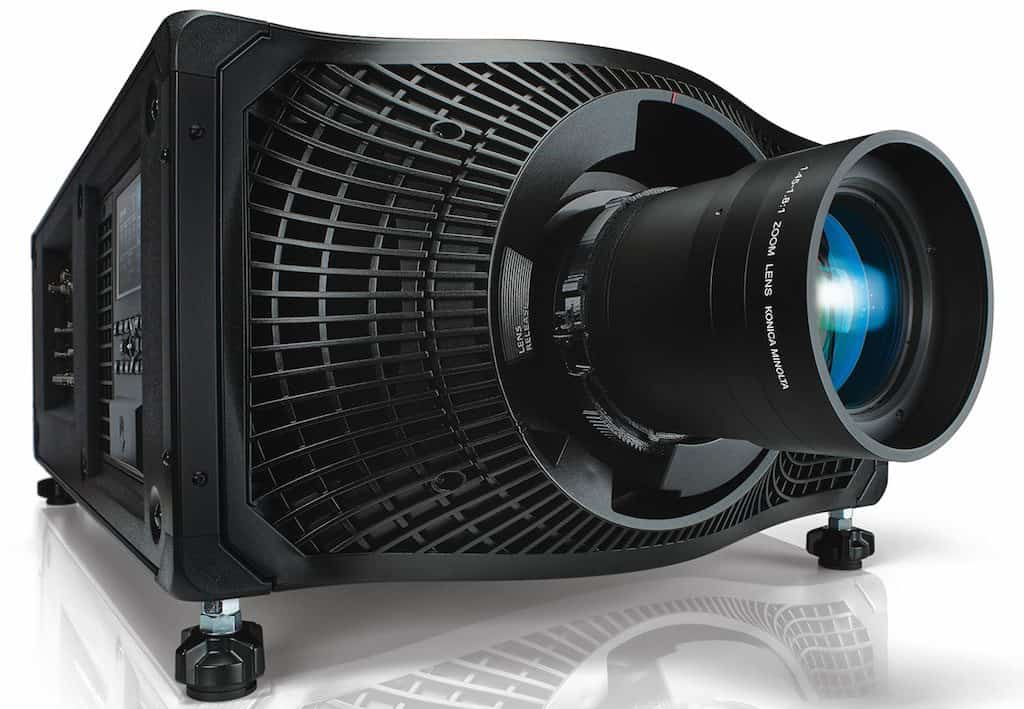 DLP has the primary advantage of creating a smooth video, having dark colors and black, providing a rich contrast, and showing less pixels.

Invented in 1987, DLP is a reflective technology that uses LED or a standard lamp as the light source.

Advantages of DLP over LCD Projectors LCD projectors produce a sharper image when compared to a DLP projector that has the same resolution.

Additionally, LCD projectors can produce a brighter image, even if the lamp being used has the same wattage as one used in a DLP projector.

Disadvantages of DLP and LCD Projectors

Rainbow Effect on DLP projectors: When you turn your head away from the projected image, you might see a rainbow effect on one side of the screen.

Or when there is a bright image, you might see rainbow colored stripes around that bright object temporarily. It’s not the end of the world, but it can be somewhat distracting.

Lower Contrast on LCD: There's a huge difference when it comes to projector contrast ratio. An LCD projector will not be as able to make completely black images like a DLP projector can. This is not going to be a big problem if you are in a room with ambient light.

However, if you are in a theater environment and the room is very dark, you’re going to be able to tell that the blacks are not truly black. You may even have spotty images of varying darkness.

The problem gets worse as the LCD projector gets older. This is not an issue with a DLP projector. Portability Issues: A DLP projector is going to be a lot more portable than an LCD projector. The LCD has the three chips that take up space. The DLP has one chip, making it lighter and smaller.

DLP and LCD projectors usually fall within the same price range. You will be able to find some lower end models for as little as $300.

With both technologies, you will be able to find other projectors that are in excess of $2,000.

The million dollar question is, which projector is right for you? We lean toward DLP projectors.

The smaller size makes them easy to take with you wherever you go. They have the ability to produce noticeable contrast and true black.

This is a great feature to have when watching movies in a dark room. And while LCD projectors will produce more vibrant colors, they also run the risk of having the screen door effect and the dead pixels, both of which mar the image quality.

What do you think? Are there advantages to LCD projectors over DPL? If so, tell us about them in the comments section below.