​Between its 4K compatibility and its 4K UHD resolution, it's hard to beat the Dell S718QL for picture quality. It also features a laser light engine and an ultra-short throw lens.

With a price tag at around $6,000, this projector is not an obvious choice for the average consumer. However, it is an ideal choice for business and academic applications. It also is wise to note that this model is large and heavy at 33 pounds. If portability is a must, look elsewhere.

The Dell S718QL features remarkably lifelike picture quality and impressive renderings of color. Also, the 20,000 hour lifespan on the laser light engine at full power is exceptional. This projector even comes with a terrific warranty. A variety of organizations and schools would be well served by this projector. 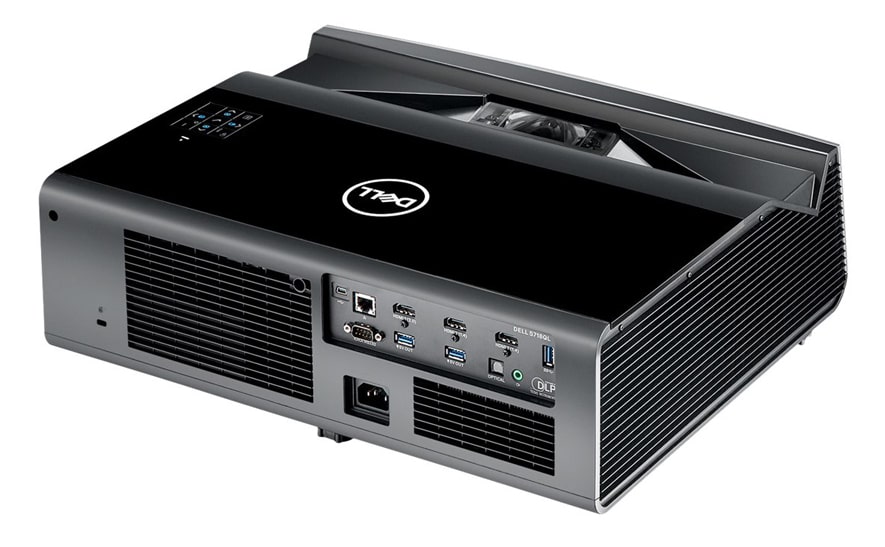 Best Use of the Dell S718QL

For the average consumer, the Dell S718QL is total overkill. Nobody needs this kind of power and clarity in their home for watching movies and sporting events. Some of the best sports projectors are far more affordable.

Still, if you have the $6,000 to spare, this projector is more than up to the task of providing you with images that make you feel like you're in the same room as the events happening on the screen.

However, most people don't invest that kind of money in a projector to use it in their home theater. The most common use for the S718QL is in business and educational applications.

But if you're looking for the best home theater projector, check out our guide on that topic.

It is ideally set up for presentations of all descriptions. PowerPoint slides look magnificent on it, and LAN connectivity and split-screen capability allow it to draw data from four devices at a time.

Ideal applications for the Dell S718QL include use in middle-sized or large-sized conference rooms or college classrooms.

This projector also has been incredibly successful in sports bars where the patrons expect excellent picture quality. Museums and stores frequently use this projector for various signs and displays. 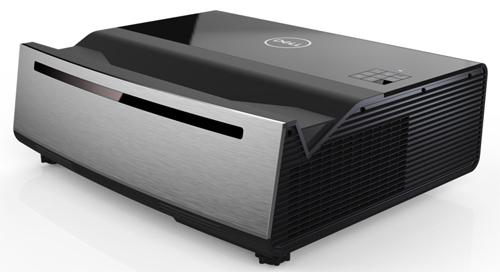 Its ultra-short throw and 4K UHD capabilities are unique on the market today. Accordingly, it would be hard to outperform the Dell S718QL.

The ultra-short throw means that a person making a presentation doesn't have to risk being blinded by bright lights at every moment. Similarly, if the projector will be used in a smaller space, its performance will not be impaired.

Thanks to its ultra-short throw, the S718QL is capable of clearly projecting images from 100 inches to 130 inches when measured on the diagonal.

Because it can be set up virtually in front of the screen, there's no need to run a bunch of complicated cables over a long distance to it.

Moreover, it features a built-in speaker system that can be used with Bluetooth. The sealed light engine requires no maintenance, and there is no filter to clean or change.

It may have only a single DLP chip, but that does not mean that this Dell can't deliver outstanding picture quality. Resolution is measured as 2716 x 1528 x 2, which means that you'll have plenty of sharpness and clarity.

But, again, some of the best DLP projectors with a decent amount of clarity are far more affordable.

On the other side, what is more important is the S718QL's ability to handle 4K content, which makes it one of the best 4k projectors. This will make for clarity that is absolutely unreal.

Of course, that only matters if you're going to be running 4K content through your projector. If you are not, then you can save significant money by going with a projector that isn't 4K compatible.

Even if you do not use 4K now, give some thought to your organization's future needs. This projector is built to have an incredibly long life, and it could easily still be your projector when you finally make the switch to 4K.

When it comes to projector distance, as mentioned earlier, this projector has an ultra-short throw lens, which may be referred to as a UST.

This can be an extremely useful feature since it makes it possible to place the projector only a few inches from the screen. This makes it one of the best short throw projectors.

The drawback with many of the earlier UST models was some degree of image distortion. Specifically, this meant a curved or barrel-shaped distortion that was most noticeable on things like charts, graphs and spreadsheets.

Fortunately, the S718QL seems to have virtually eliminated this distortion with most applications. If you do notice some degree of distortion during use, you can make keystone adjustments that may correct this.

Of course, ensuring the ultimate in picture quality from a projector of this caliber requires a screen material of matching excellence.

The manufacturer recommends use of this projector only with a tensioned screen or with one that has been engineered and designed to be as flat as possible. This will help to eliminate any residual distortion.

The Dell S718QL may be set up a mere four to nine inches away from the screen. This is immensely convenient and makes it easy to store the unit on a table or credenza. 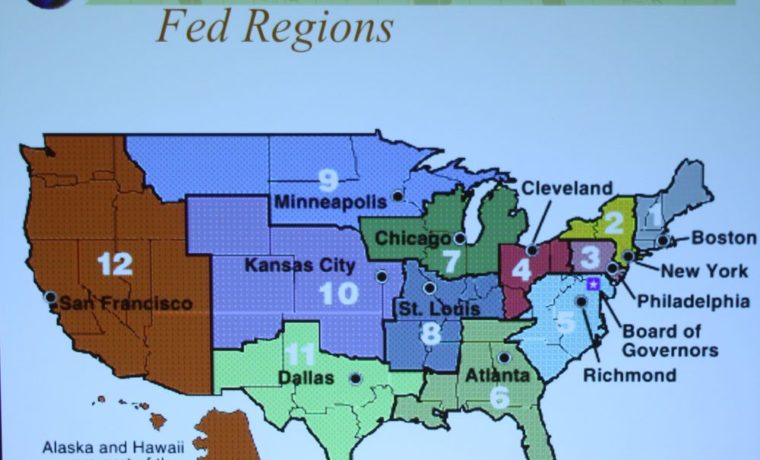 Colors for graphics are truly remarkable with this projector. At full brightness, colors are accurate enough to detect subtle differences in shading.

It's sensible to lower the brightness somewhat for film and video, which produces perfectly saturated colors. When viewing text or graphics, no rainbow artifacts are visible.

These may intermittently appear while viewing video, but this is rare so only the most sensitive viewers are likely to be troubled by it. 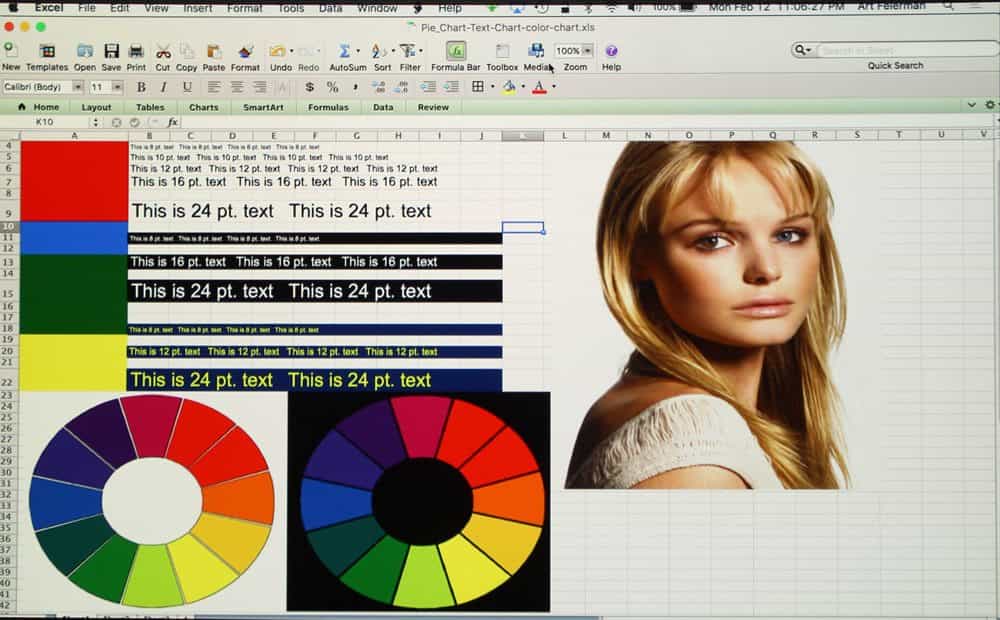 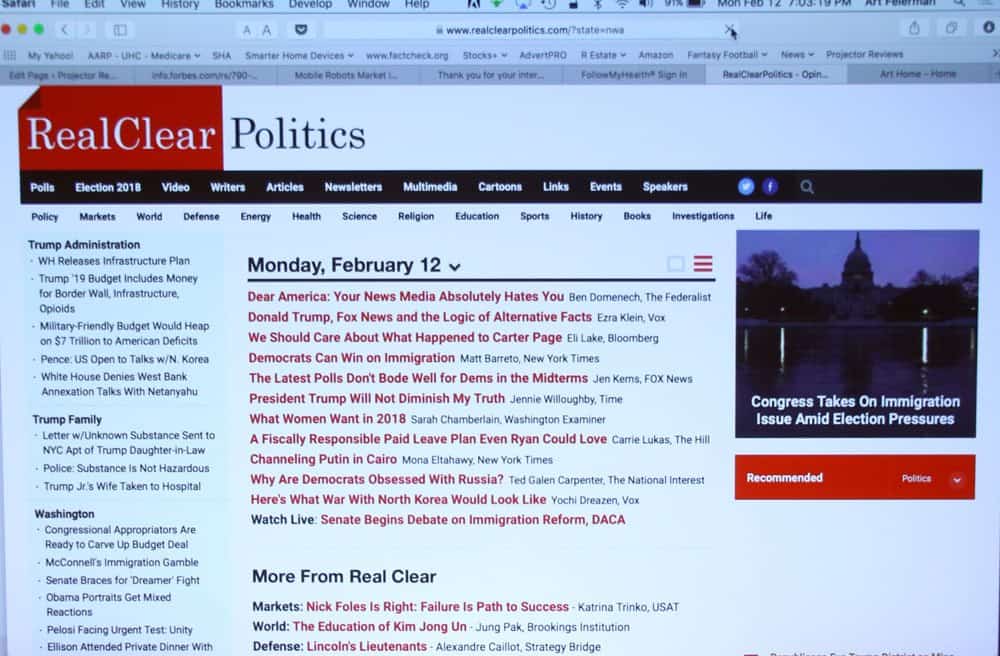 As you can see, the text is crisp, clear and easy to read. Even people sitting in the back of the conference room or auditorium should be able to read it without difficulty. Even set up in a room using full lighting, the Dell S718QL performs like a champ. 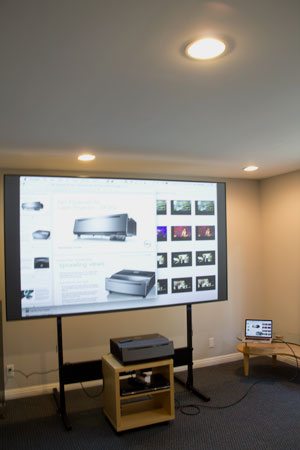 Accordingly, this Dell projector has proven its ability in numerous settings and for a variety of applications. It could easily become your institution's go-to projector.

This projector is also a great choice if you're looking for a projector TV.

One of the main advantages of this projector over others in the class is its four-corner adjustment capabilities. An uneven table or AV cart is never a problem with this superb level of individual control.

Additionally, the projector is equipped with motorized focus to enable the sharpest images possible with a minimum amount of fuss.

There's also multiple orientation installation. You can move the image up or down, invert it or transform it to portrait with incredible ease.

The projector performs just as reliably while on its side as it does sitting in its default configuration.

Users love the S718QL's instant on and off. There is no lengthy wait for the system to boot up.

People making presentations can wait until the last possible moment to turn on the projector without fear of wasting time.

It is just as easy to shut the unit down at the conclusion of the presentation so transitioning from one format to another is a breeze. 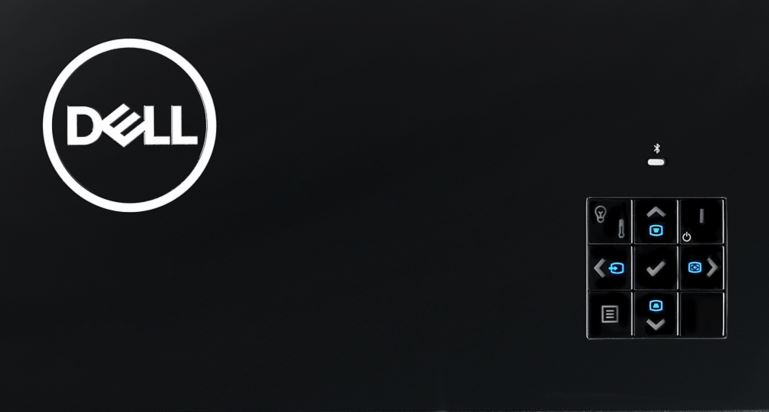 The ability to connect mobile devices to the projector is a huge plus for on-the-go professionals and academics. Connections are easily and seamlessly made, making it possible for people making presentations to use whatever format and device they prefer.

Crestron Roomview is fully supported by the Dell S718QL, and the two-year advanced exchange warranty is a definite advantage.

If owners of the projector wish to, they may purchase a full five-year warranty.

On the front of the unit, you'll find a panel with all of the useful connectors.

The speakers are arranged on the back of the unit so that they project toward the viewing audience.

One of the Dell S718QL is the built-in media player. The majority of projectors in this class are capable of handling jpegs and other image files in addition to videos. This Dell model has these capabilities, but far more besides.

It supports all Microsoft Office applications so that you can easily project spreadsheets, Word documents, PowerPoint and other files that you create using Microsoft.

This is an incredibly convenient feature because it allows you to craft integrated presentations that draw on numerous formats.

The Dell's remote control is small and utilitarian but adequate.

It would be nice if it were backlit to make it easier to use in darkened rooms. However, because this projector performs well even in fully lit rooms, darkness is optional.

This model also has a control panel on the unit. It consists of three rows of three buttons, most of which have a dual purpose.