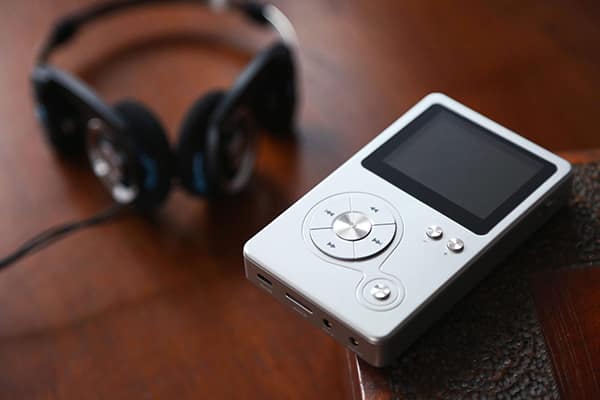 There are so many different audio file types to choose from. It seems only an expert could be able to tell them all apart. And even though, in reality, it is not that complicated, it can still be pretty confusing to regular people.

If you decide in the end to learn more about the vast world of digital music and audio formats, you’ll be faced with terms such as bit rates, bit depth, lossless and lossy compression, and many more that can make your head swirl.

Lucky for you, we’re here to clear some things up. What are some of the best and most common audio formats? Why do all of them exist in the first place? Which ones are the best for you, and which ones you’ll almost certainly never need?

Read on, and find out from our in-depth guide. 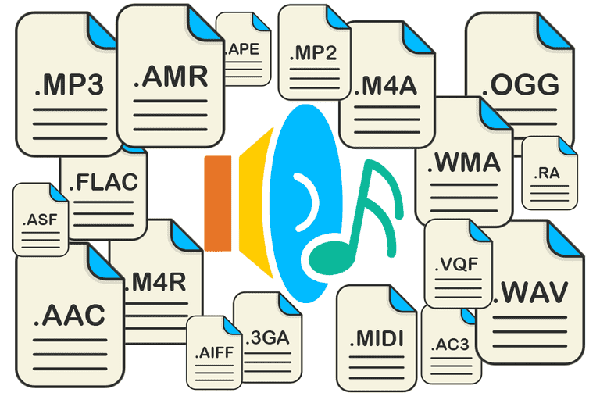 First on the list are uncompressed audio file formats. They’ve been labeled that because they consist of audio that has been recorded and captured in digital format without any additional altering.

They hold the most accurate, high-quality sound when compared to the lossy and lossless files.

Then again, they take up a big chunk of your disk space, which is one of the main reasons why regular users don’t use uncompressed files all that much.

PCM is short for pulse code modulation. In short, it represents a process of turning raw analog audio signals into digital ones, without any further compression. This means that waveforms (analog) need to be converted to bits (ones and zeros).

In turn, this allows the file to be stored in a much smaller place than it would be otherwise. So, PCM is, in a way, a digital depiction of analog audio signals. And the end goal is to preserve and reproduce those analog properties as accurately as possible.

This type of conversion is achieved through an operation referred to as sampling. That means that in order to achieve capturing analog sound signals, certain sound waves need to be sampled.

The amount of those sampled sounds, which we call bits, is also a crucial part of this whole procedure.

So, to translate this. The more sampled points and the larger those sampled parts are, the more faithful and accurate the audio will be. PCM is often used in CDs, DVDs, and Blu-Rays. Check out some of the best Blu-Ray players.

You’ll come across a lot of acronyms when reading this article. The next one stands for Waveform Audio File Format. Since it was developed by Microsoft and IBM in 1991, people used to call it Audio for Windows also. But that’s not the case anymore.

They are one of the most common file types out there and are great for those looking for quality audio. Usually, WAV files contain uncompressed sound formats, but that doesn’t always have to be the case. In some cases, it can even contain compressed formats, although that happens rarely.

These files are often much larger in size than compressed file formats, like MP3, for example.

This is the reason why this audio file format, much like PCM, is mostly utilized by audio industry professionals during recording sessions. That way, they’re able to maintain most of the audio quality.

Seeing that Microsoft and IBM put out WAV back in the early nineties, it is safe to guess that Apple had its own version of uncompressed files. In fact, Apple developed AIFF before WAV, some three years earlier, in 1988.

All in all, it is pretty much a similar format to WAV. It can contain different types of audio formats, sample rates, bit resolutions, or channels. Most of the AIFF files are uncompressed, making them much larger than some other popular formats.

Much like WAV files, they are excellent for burning on a CD or DVD. Although AIFF files were developed by Apple, Windows users usually can open them without any hassle. And the same goes for WAV on Mac computers.

Truth be told, if you are presented with one of these file formats, you can count they will be more than decent.

Now we come to audio files with lossy compression. Having such a compression means that some quality and amount of data will be lost when compressing the files.

That also means that the compressed audio files will take up much less disk space than uncompressed ones. So, it’s either this or that.

If you are willing to sacrifice quality for convenience, you can end up with much smaller files.

This doesn’t have to mean that the sound quality will be bad, though. It’s just that it will lack some of the finesse and details of the original files.

Therefore, if compression is not done correctly, you’ll be able to hear and recognize it. Otherwise, you won’t be able to tell the difference if you are untrained in this field.

Probably the most well-known on this list are MP3 files, or MPEG-1 Audio Layer 3. They have been the standard with regular users for almost three decades, since 1993. During that period, they grew so much in popularity, that there’s virtually no one who has not heard about these files.

After all, they were so popular that we even had MP3 players, which were a big hit a while ago.

Now, many people don’t like MP3s claiming that they reduce too much of the audio file’s quality.

But, to each his own. The main goals of the MP3 files are to efficiently compress data while preserving audio fidelity and removing all the extra data and details that are not easily heard.

The best thing about MP3s is that you won’t be able to find a device that can play these files. This makes them the most universal file formats of the bunch.

The AAC files were once proclaimed as the successors of the MP3 files. Since AAC (Advanced Audio Coding) was developed in 1997, it was expected from it to become the next big thing.

And although it did gain some popularity, it never really caught on like MP3s before it.

The main hook was that the AAC files were able to offer more quality than MP3, but using the same or smaller amount of space.

Many people assume that AAC files were developed by Apple since they adopted these files across their devices. But, in reality, AAC was developed by Sony, Nokia, Dolby, and AT&T Bell Labs. You can find those files across many different devices other than Apple’s.

You’re probably wondering what Ogg stands for since it’s such a strange name. In fact, it does not stand for anything, but rather it was taken from one of Terry Pratchett’s novels.

To be honest, it’s not even really an audio compression format. Instead, it’s a holder for various different formats. Most commonly used is Vorbis, so it’s often we hear them being called Ogg Vorbis.

It was developed and released two decades ago, and it gained some popularity due to the fact that it’s open-source software and that it offers more than other lossy formats. This means that it can preserve audio quality while simultaneously shrinking the file to a smaller size.

However, it didn’t rise to such popularity as MP3s and AACs because it wasn’t widely accepted by many devices.

Since we have lossy compression, there’s also lossless compression as the exact opposite. Such a compression makes sure that the audio file’s size is reduced without any waste of data in the process. 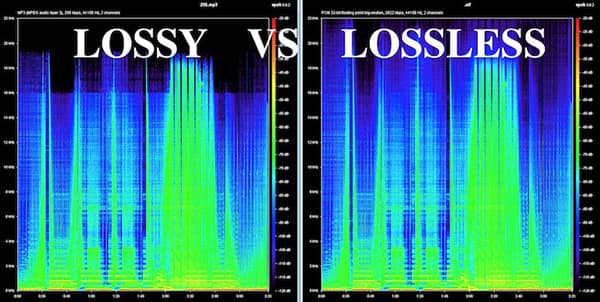 Naturally, to achieve that, the file sizes will be much bigger than with lossy ones, sometimes from 2 to 5 times larger.

FLAC is most definitely one of the most interesting audio file formats and has been really popular ever since its introduction in 2001.

It stands for Free Lossless Audio Codec. So, why is it so popular and revered? Well, first of all, it royalty-free and open-source, meaning you can use it freely.

But, the best thing about it is that it can reduce the size of a file by 60 percent, all without sacrificing even the slightest amount of data.

It is regarded as one of the best alternatives to MP3. In fact, many would say that these two can’t even compare.

With it, you will get the high-quality of an uncompressed audio file, but all that at a much smaller size. So, there’s definitely a reason why many people see it as probably the best audio format.

ALAC was developed by Apple, and it’s short for Apple Lossless Audio Codec. It was meant to serve as a response to FLAC and offer the same if not better results, but it never quite got there.

It was first launched in 2004, and its primary purpose was to be a format solely for Apple products. But, a couple of years later, it became open-source and accessible to a broader public.

Although it is a pretty decent, even good file format, it still hasn’t managed to achieve the same compression results as FLAC. However, Apple users can’t really use FLAC, but instead have to go with ALAC, since iOS or iTunes both don’t offer support for FLAC files.

Now we come to the audio file format that has both lossy and lossless alternatives. All with the same extension, which can be quite confusing.

WMA stands for Windows Media Audio, and it was introduced in 1999. Since then, it has gone through many different iterations, but it kept the name, nevertheless.

WMA’s primary purpose was to address some issues that came with MP3 files and to improve the compression. In some way, similar to AAC and Ogg. In fact, there’s no denying that the compression quality is superior to MP3.

And since it’s proprietary to Microsoft, not many devices offer support for it. Also, since it does not present any apparent upsides when compared to Ogg or AAC, there’s no valid reason to go with WAV. It’s just not practical enough.

The same applies to WAV and lossless formats like FLAC and ALAC.

So, the question still remains. What’s the best audio file format for you? This can be a tricky question or a rather straightforward one, depending on if you know what you need your audio files for.

For instance, if you’re in the business of recording or editing raw audio, then definitely go with uncompressed files. That’s the only way to ensure you’ll be dealing with the top, highest available audio quality. Nothing is stopping you from compressing those files later on if the situation dictates it.

On the other hand, if you’re an audiophile, and want to listen to authentic reproduction of your favorite music, then, by all means, go with lossless. If you fit into this category, it means you’ll always go with FLAC instead of MP3.

For others out there, who can’t tell the difference between lossy and lossless compression, or who don’t care that much about their audio quality, lossy compression will do the job just fine.

Please, bear in mind, all the best high-quality files won’t do you any good if the device you’re using to play them can handle such files. Therefore, if you want to enjoy the best possible audio, first consider getting some quality playback equipment.