When you are shopping for a new television, one of the first and most prominent numbers you’re going to see right next to the price and the size of the screen is the screen’s resolution.

Unfortunately, manufacturers will use different numbers and different letters to describe a television’s resolution, making matters confusing for you as a consumer.

When talking about your television, resolution is a way of describing the number of pixels that make up the image you see. A pixel is a fancy way of saying a tiny dot on your screen.

If you have an older 32 inch television, it likely has around a million or so pixels. It’s given the designation 720p.

If you have a large television, somewhere around 49 inches, it probably has around two million or so pixels and is rated 1080p.

If you have a television that is 50 inches or over, your television could have anywhere from eight million to 33 million pixels. It is rated 4K or 8K.

4K is a term that you hear thrown around a lot. But you’ve likely not heard the term 2K used as frequently. This is because 2K was the resolution you would see when you went to the cinema.

Sometimes you’ll hear individuals who are familiar with the terminology associated with resolution refer to 2K as the “master format.”

These cinema projectors show an image that is 2048 pixels wide. There is no vertical resolution that is specified.

Now that 4K resolution has become popular and is used to describe televisions as well as the content that is shown on them, the term 2K is being used as a way of describing 1080P resolution that is seen on the majority of HDTV’s as well as what you see on Blu-rays.

This is not the most accurate description, but it did not prevent this terminology from becoming popular.

When you buy a new television, you’re likely going to be given the option to purchase one in 4K. Since this resolution is relatively new, there’s a lot of confusion about it, especially when talking about television.

However, 4K would technically require a horizontal resolution of 4096 pixels based on the Digital Cinema Initiatives regulations. So the 4K television you purchase is not truly 4K, but it’s close enough.

Movies have a variety of aspect ratios that influence the shape of the rectangle of the screen. This is why both 4K and 2K vertical resolutions are not specified. 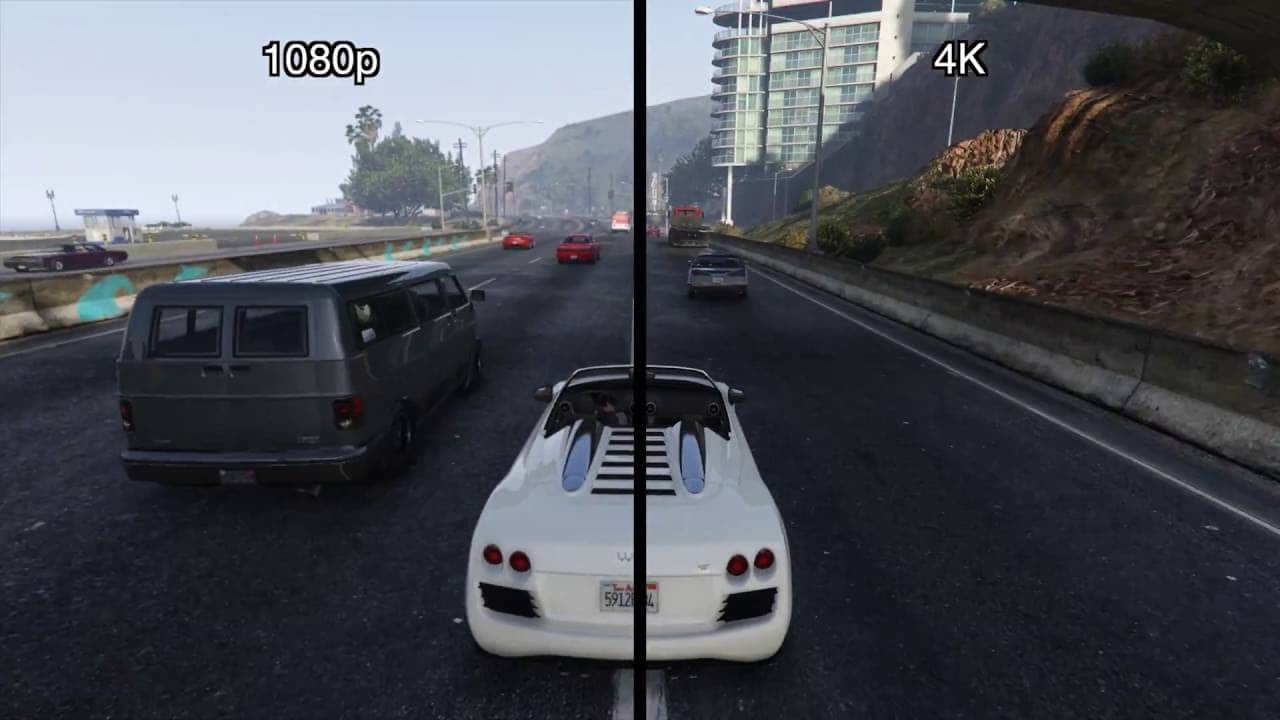 4K Versus 2K in Gaming Monitors

If you are using a 1080P gaming monitor screen, you may wonder if now is the time for you to upgrade to 2K or 4K. If you have played games using a 2K or a 4K monitor, you know that they are amazing to look at.

Purchasing a high resolution monitor now sets you up for the next few years.

If something like that is what you're looking for, you should also check out our list of the best 4k TVs for gaming.

Does this mean that we are saying that you should purchase a 4K monitor? No. There are two benefits that come from considering a 2K monitor.

The first one is price. Sure, 4K monitors are becoming more affordable, but they cost a lot more than a 2K monitor.

The price factor aside, you need 60 frames per second to have a smooth gaming experience with most modern games. To accomplish this on 4K is energy expensive and difficult.

When you use full HD or when you use a 2K monitor, newer graphic cards are able to easily maintain the consistent 60 frames per second that you need.

As of the time of this writing, there is not a graphics card available to the public that can do this consistently in 4K.

When determining the projector that you’re going to buy, it’s good to remember that higher resolution does not mean a better picture for projectors.

The most important thing is contrast. The better contrast that a projector produces, the better image quality you’re going to have.

If you have the option of purchasing a high quality 2K projector for the same price as you could purchase a lower end 4K projector, nine times out of 10 you’re going to be happier with the higher quality 2K model.

But if 4k is what you aim for, make sure you choose the best 4k projector.

Not only are you going to get the higher resolution that is going to give you that clear image, but you’re also going to get deeper blacks and higher contrast because of the quality of the projector that you are purchasing.

Something else to consider when purchasing a projector is that even with a 4K projector, you will not be able to see its full potential if the room has not been prepared to prevent ambient light and high reflections from entering it.

You can also check out our list of the best short throw projectors for smaller rooms.

As 4K technology becomes more popular or more affordable, we are going to start seeing it in more homes and place of business.

What do you think? Are there benefits to using a 4K television, projector, or gaming monitor as opposed to one in 2K? If so, let us know in the comments section below.